The LDS Film Festival selected Sanctuary, a film about Rulon Brown and Mormon musical practice, for multiple screenings during the festival, January 25 through 28, 2012 at the SCERA Center in Orem, Utah.

“I’m thrilled the film will show alongside work from some of the most creative thinkers on LDS topics,” says Rulon of the honor. “The LDS Film Festival is a really big deal in Mormon cinema and since Sanctuary is all about LDS musical worship, I’m eager to see how people react to it in the screenings.”

This may be the last chance to see Sanctuary on the big screen. The film has already shown well at festivals including the Faith Film Festival in NY, Fear No Film Festival in SLC, and DOCUTAH in Cedar City, Utah. 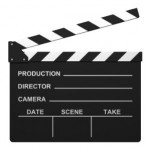